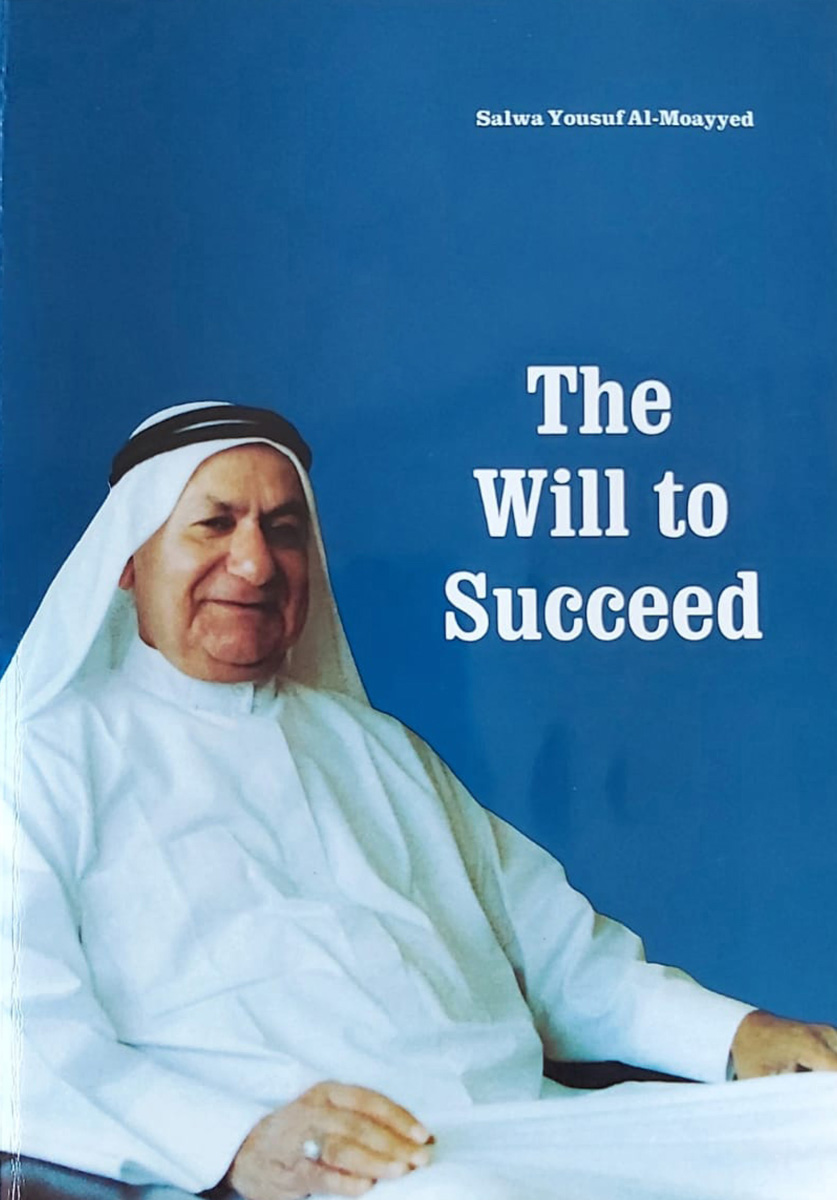 The Will to Succeed

One evening as I was watching the sun sinking beneath the waves of the sea, I thought to myself, 'This same sun has risen and set countless times and, in that period, millions of lives have come to an end. Unless a person records the events and ex...

Salwa AI-Moayyed emerged as a prominent figure into Gulf Societies in 1972, after completing journalism studies in Cairo University.She came forth ...

You can read this eBook using any of the following e-Reder apps and devices:

One evening as I was watching the sun sinking beneath the waves of the sea, I thought to myself, 'This same sun has risen and set countless times and, in that period, millions of lives have come to an end. Unless a person records the events and experiences of his days, his life will disappear without trace into the vastness of time and melt into the oblivion of history.'At that moment I decided to fulfil my father's wish and write a book about his life as a businessman, who started the career that he loves so deeply at the age of sixteen and is still practising his profession today. Now in his seventies, he looks back over a long and busy working life in which he has been guided by the highest professional principles and driven by a determination to succeed. In his youth, my father risked his life to undertake long journeys by plane — at that time a recent invention — to Britain and the United States in order to transact his business deals. If he could not find a hotel room there, he sometimes had to sleep on the pavement but he triumphed over all difficulties and obstacles through his faith in God, his confidence in himself, his love of hard work and his burning desire to succeed and excel.Today, Yousuf Khalil Al-Moayyed and Sons is a landmark in the development of free market trading and a shining example to emulate for the youth of Bahrain who seek a career in this honourable profession.Although my father is now over seventy years old, he still continues to run his company with the help of his sons and daughters. He told me once that he only feels perfectly happy in himself when practising the profession which he chose over fifty years ago and in which he will be involved until the end of his days.Nevertheless, during his business life, my father' has not neglected his native country, Bahrain. Indeed, this was the wellspring from which he imbibed his principles of excellence, patience and loyalty. His actions have always been dictated by his dedication and love for his country, whether serving in the banking sector in a number of responsible positions, or on social and welfare committees to establish projects beneficial to the nation, or in his charitable work through which he has devoted his own personal resources to building a better future for the Bahraini citizen. It is my father's personal belief that he and his fellow businessmen regard their efforts to establish charitable projects as a duty to their country, which has given them its blessings so that they and all loyal individuals can, in turn, build Bahrain into an advanced and progressive nation.

Salwa AI-Moayyed emerged as a prominent figure into Gulf Societies in 1972, after completing journalism studies in Cairo University.She came forth to grasp journalistic professionalism as a new career for the Bahraini ladies and that have been conducted through her work as a professional journalist at Ministry of Information, and as a liberal writer in various Bahraini and Arabic newspapers and magazines.The topics tackled by her included critical articles, interviews, social novels, and psycho educational issues.The topics have been written and displayed in a distinguished style. The critics characterized the writer's method of writing as a mixture of logical structure in fluent language interlinked with veracity and emotion.The writer later had rendered into Arabic and furnished a psycho educational book which had been issued under the title "Father for One Minute".But in the other book which was titles "Assertion for Success" the writer passes over the tributaries to the source. The source of a distinguished experience plunged by a Bahraini pivot in the field of business. In reflecting this experience the endeavor was not to make a widespread promotion for a certain businessman, but to encourage the future generation to run the same experience.The experience was displayed in an eloquent structure of a novel. It illustrates a pulsatory existing struggle to awaken consideration and hopes among coming generation.The writer is reflecting her father's experience as a symbolic logic for the coming generation.